Share a memory
Obituary & Services
Tribute Wall
Read more about the life story of Wesley and share your memory.

Wesley V Severson passed away on January 20, 2023 from complications from COPD. Wes Severson was born on March 27, 1953, to Wayne and Verna Severson in  Collbran, CO.  On May 11, 1979, Wes married the love of his life, Linda Clyde.
Wes was proud of his service in the US Army.  Wes and Linda with their 2 kids in tow, had many adventures.  Living in Germany and all over the US during his service.   He retired in 1991 after serving 20 years.    After retiring from the Army, he returned to his home town of Collbran, and worked on several ranches, doing what he loved.
Once both of his kids grew up, Wes and Linda moved to Grand Junction where he worked for several assisted living facilities and maintenance for retail stores, just to pass the time.  Wes's work ethic was second to none.   He was known for being excessively early for his shift and staying until the duties were completed.
Wes suffered the greatest loss of his life, his daughter's passing on 11/01/2022.  As the family is still in mourning, we suffer the loss of the cornerstone of the family.

Wes was a proud man. He was proud of his family and everyone who was stubborn enough to remain in his life. We will remember the many trips hunting, fishing, playing football and basketball, down to teaching his kids to drive.
Wes Severson will join his parents, Wayne and Verna Severson and his Daughter, Micky Severson-Woods in heaven.
Wes Severson is survived by his wife, Linda Severson (Clyde) and Son Wesley (Wayne) Severson both of Grand Junction, CO. (Brother) Carl and Reta Severson of Fruita CO, (Brother) Les and LeAnn Severson of Collbran CO, (Sister) Ruby Severson of Palisade CO,  and (Son in Law) Jeremy Woods of Grand Junction. Wes leaves behind 5 grandchildren, multiple nieces and nephews.

To send flowers to the family or plant a tree in memory of Wesley Vernon Severson, please visit our floral store. 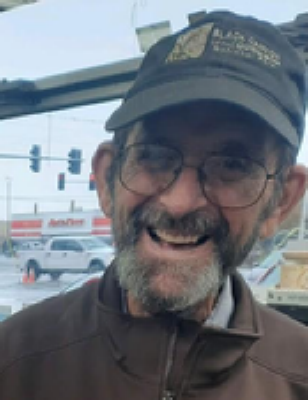