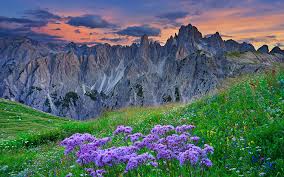 Shirley Fae “Jones” Cox , 84 passed away Tuesday, July 28, 2020 at 11:30pm, at the Colorado Veterans Community
Center in Rifle, CO. following her battle with Alzheimer’s and Diabetes. She was a loving wife, mother of three,
Grandmother of four and a Great-Grandmother to eight.
Shirley was born to Sam Jones and Bessie Fae “Wood” Jones on June 10th 1936, in Corpus Christi, Texas. She was the
third child of four; Ray Jones, Everett Jones and Janie “Jones” Chandler. Shirley graduated from Rangely High School in
1955 and lettered in Band (she played the trombone). She met Mace Manzo Cox, while working at Nichols Grocery
Store, in Rangely and they married on June 16, 1956 in Rangely, Colorado. They moved to the Cox Ranch due North of
Hwy-13 (MM 25). Mace and Shirley lived on the Family Ranch, raising sheep, until they moved to Rangely in 1963 where
they made their home.
Shirley & Mace lived by the hospitality code of the West. No one was turned away, or left their home without a good
cup of coffee, a joke or two and more times than not, with a full belly. Shirley was an avid reader, enjoyed music and
watching Days of our Lives. She was a sheep herder, cattle rancher, hay hauler and all around chuck-wagon master. After
Mace passed (March 17, 1993) she began taking computer classes with her Daughter-In-Law Leana, at Colorado
Northwester Community College. Shirley loved college so much that she talked her best friend Patty Powell into
enrolling the following semester. They took a number of classes then decided to get a degree in Medical Transcribing
and minor in Art. She graduated in May of 1997 with a certificate of Medical Transcriptionist and Associates of Arts;
which made her ever so proud. However, this career path wasn’t prevalent in a Ranchers life, but painting was. Donna
Wardell taught the classes and Shirley soared. She loved painting nature pictures, big game and other wildlife with
beautiful scenery in the background. She just loved nature. Shirley also sold a number of paintings and won the contest
for the best “Sheep Dog Trials Poster” for Meeker, CO. for 3-years in a row and few thereafter.
Times do change though; from Yahtzee, Uno & Skip-Bo tournaments at the Ranch to traveling around working with her
Sister Janie and Brother-In-Law Phil, at his job sites in Oregon and Washington. Then settling down in Fruita, CO. to help
out. She also worked at Colorado Power Sports in Grand Jct. She helped everyone with caring for their dogs, cats, birds,
and feeding livestock on Glade Park for Loretta & Rich. She spent a lot of her time playing Bingo in Las Vegas, Nevada,
where she did WIN a bit of money over those 13-years, before that dreadful stroke on Mother’s Day, 2016.
The Cox family would like to give special recognition to Beverley for her dedication and love shown to their mom these
past four years. She was there every day when we couldn’t be. Her love and generosity will never be forgotten.
Shirley’s survived by two sons, Wade R. (Linda Jean Padilla) Cox of Rangely, CO. and their two sons, Jason W. (Marybel
Flores) Cox and daughters Kaitlyn (13) and Isabella (10) of Rangely, CO; Dustin G. (Mandie Brasfield) Cox and children
Ethan (9) and Zoey (7) of Vernal, UT. Dean R. (Leana Horton) Cox of Rangely, CO and their children Joy & Les Logan of
Montrose and Kirsty Faye (Kaydan) Holmstead and sons, Locke Dee and Zaydan of Taylorville UT. Her Great
Granddaughters Makayla (18), Shayla (17), Crysta (14) & Alayna (11) Logan of Montrose, CO. Brother Ray (Earlene) Jones
and their two daughters Sandy (Paul) Cruz, and Sherri (Ron) DeRose , all of Grand Junction. Sister Janie (Phil) Chandler
and Beverely Oliver (Roy) Hemme and sons Michael & Ricky Oliver of Fruita. Loretta (Rich) of Orchard Mesa, CO son
Brian Rector of Rangely, CO.
Shirley is proceeded in death by Mace M. Cox (1993) and their daughter Dorothy Faye (1960), Grandson Zack Logan Cox
(2017); Parents Sam and Bessie Jones, In-Laws Luther and Effie Cox, Brother Everett & wife Lu Jones.
Words cannot express how much we all thank you for the expressions of sympathy during our moments of sorrow. We
are truly grateful for your friendship and support…The Cox Family

To send flowers to the family or plant a tree in memory of Shirley Faye Cox, please visit our floral store.