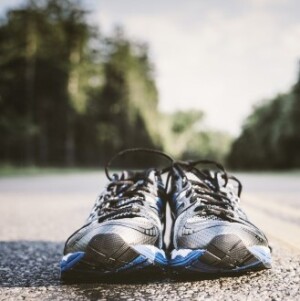 Born February 28, 1930 in Brooklyn, New York, he was the son of the late Jacob & Rose Glaser.  He was grew up there and spent his early adult years in New York/New Jersey as well.

Murray owned his own furniture business for many years and also served honorably in the US National Guard.  Upon moving to south Florida, he got involved in racewalking for exercise and it quickly became an obsession for him.  He was a member of Miami Walkers Club and competed in racing events through his 70’s and also became a USA Track & Field Certified Athletics Official.  A passion for animals, especially dogs, coexisted as well, when he became a member of the American Kennel Club and the Fort Lauderdale Dog Club for many years.  Murray and his wife shared a love for cruise travel and visited many locations over the years.  In 2017, he and his wife moved to Fruita, CO and were regular participants of the Fruita Senior Center and belonged to The Country Church, where they found many new friends which he would describe as “some of the nicest people he had ever met anywhere he had ever lived”.

Being from New York and Florida, he was also a huge fan of the NY Giants,  Miami Dolphins, and more recently Denver Broncos.

Murray was known for his wit and his vast knowledge of worldly events and history.  He had an outgoing personality which attracted people to him..He loved to recount his stories and loved learning about the lives of his family, friends, and acquaintances. Though he spoke English as his primary language, he could conversationally communicate with most others in their own language, including Yiddish.

He was a loving son, brother, husband, father/stepfather, brother-in-law, uncle, cousin, grandfather, and great-grandfather.  He was also a dear friend of many.

Murray was preceded in death by his parents (Jacob & Rose Glaser) and his sister (Lillian Seinfeld).

Limited Memorial Service will be held at a later date, which will include the spreading of his remains in a designated location, as per his wishes.

To send flowers to the family or plant a tree in memory of Murray Glaser, please visit our floral store.

You can still show your support by sending flowers directly to the family, or by planting a memorial tree in the memory of Murray Glaser