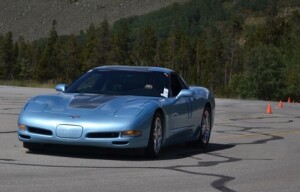 Larry was born July 16, 1941 in Fruita, Colorado. He was the son of the late Jesse M. Morrison and Margaret L. Swim.

Larry Graduated from Fruita High School in Fruita Colorado. He was a veteran of the US Air Force having served as Airman 1st Class during the Vietnam era. Larry was employed as a Control Room Operator at the Cameo Power Plant for Excel Energy.

Larry was a former member of Grand Mesa Jeep Club. He is a current Member of the National Council of Corvette Clubs as a Local Club Governor and a Regional Officer and a National Officer.

He enjoy NASCAR, Auto crossing, drag racing, anything Corvette related and most of all his Family.

To send flowers to the family or plant a tree in memory of Larry Martell Morrison, please visit our floral store.