Read more about the life story of Harry and share your memory.

Harry Eugene Stutsman passed away on November 19th, 2022. He was born in Grand Junction, CO on April 22nd, 1968, to Rita Kline and Charles Stutsman. Harry spent most of his life in Grand Junction, where he met his wife, Kappe Stutsman. They married on July 2nd of 1993 and eventually moved to Rifle to raise their family. He began his career as a locator and ended his career as a network technician for Century Link. Harry enjoyed anything that involved the outdoors including hunting, fishing, camping, and barbequing. He also enjoyed woodworking, working on vehicles with his sons, telling expeditions to his daughter, collecting Hot Wheels and Matchbox cars, as well as reading and watching football. His favorite football teams were the Washington Redskins and the Rifle Bears. Harry was known for his sense of humor and love of family, especially his wife, kids, and grandkids. His cooking was famous among those who knew him, but he always would swear something was missing. He was proceeded in death by his brother BJ Kline, and his parents Rita and Charles. His love is carried on by his wife Kappe Stutsman, his daughter Ashley Erwin (Ryan), and his sons Layton (Reese), Holden, and Dalton (Lyliah) Stutsman. Harry had three grandsons: Andrew, Reid, and Ridge. His father, Gary Kline, as well as his many brothers and sisters and extended family and friends were all loved dearly.

There will be a celebration of his life in the summer of 2023 where there will be barbeque, fishing, family, friends, and everything else he would have enjoyed. In lieu of flowers, donations can be made to St. Jude’s Cancer Research Foundation or a wildlife conservation organization.

To send flowers to the family or plant a tree in memory of Harry Eugene Stutsman, please visit our floral store. 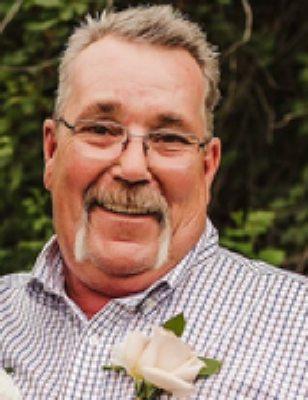 You can still show your support by sending flowers directly to the family, or by planting a memorial tree in the memory of Harry Eugene Stutsman
SHARE OBITUARY
© 2022 Brown's Cremation & Funeral Service. All Rights Reserved. Funeral Home website by CFS & TA | Terms of Use | Privacy Policy | Accessibility