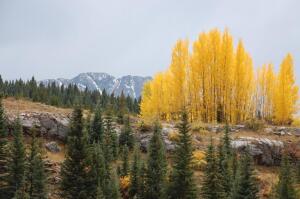 Clifford Clarence (Cliff) Britton, age 88, died peacefully at home June 12, 2022 of Lewy Body Dementia, after a long illness.  Born January 4, 1934 in Kim, Colorado, he was the son of Clarence and Ellen Britton.  His parents and he, at age nine months, moved to the Durango area.  His father was a farmer, his mother a homemaker.

Cliff attended schools in the Durango area, then Delta and graduated from Kim High School, Adams State College and San Diego State College with extensive post graduate work at others. His first teaching job was at Grand Junction High School, where he taught for six years.  For 32 years he taught at what became Mesa State College and is now Colorado Mesa University.  He was a Professor of Mathematics and Computer Science and loved teaching and working closely with his students and colleagues as the college grew and flourished from the small junior college it was in 1964 when he started teaching there.

In 1959, Cliff and Kay Porter were married.  Their two beloved children, Randy and Terri, arrived and completed the family.  Then it grew again to include wonderful spouses and partners—Sean for Terri and Lynn for Randy and twin grandchildren from Terri and Sean.  Ah, the happiness he felt spending time being a part of their lives and all the memories of working together on projects.

Cliff and Kay were devoted to each other and their close-knit family.  They were the love of each other’s lives, soulmates, best friends, partners, companions and a team in whatever they did.  They purchased a home on the Redlands in 1963 where they still lived when Cliff passed away.  Cliff’s special hobbies

were building and woodworking.  This included extensive remodeling of their home, building a large garage and workshop and a beautiful cabin, which he designed and built.  He truly treasured his family, friends and colleagues.  A hard working, kind, quiet and gentle man, he was loved, trusted, respected and admired.

Among his special pleasures were doing things with family and friends, hiking, fishing, photography, jeeping, and spending time at their cabin and around their beloved San Juan mountains. One summer, Cliff  drove their pickup and overhead camper from Grand Junction to Bethesda, Maryland, with Kay and their two young children on board, spending several weeks of the summer there seeing the sights of Washington D.C. after trading houses for the summer with Kay’s aunt and uncle who lived there.  They then drove back home—thirty total days in campgrounds.  Whew! That pickup and camper, along with the same passengers, also made trips to the west coast, across Canada and many places in between, not to mention a myriad of trips with Cliff’s parents, with Kay’s parents and with friends. After retirement, Cliff and Kay enjoyed many wonderful trips and cruises together, but the camping was relegated to closer areas and the mode of transportation became cars and airplanes.

Cliff excelled at whatever he did from academia to gardening.  He had a fine mind, very high standards, laser-like focus and persistence, and was conscientious and patient.  Always curious, he loved learning about many subjects in general as well as minute details, whether geography, cultures and religions of the world or the most intricate parts of how something worked. Frugal, practical and honest to a fault, he was appreciative of beauty in the world wherever he found it.

He very much disliked pretentiousness, watermelon, arrogance, wasting anything, long meetings with little or nothing accomplished, disorganization (except his garage where the organization was known only to him), dishonesty in any form, plumbing work and cantaloupe.

An active member of First Baptist Church, he loved the Lord with deep and steadfast faith.  He served in many capacities at First Baptist over the years.  That beautiful and stately old church at 7th and Grand was where Cliff and Kay were married, their children dedicated and baptized, their daughter married and their twin grandchildren dedicated. The church was central to Cliff and Kay’s lives, the beginning of many enduring friendships, lots of fun times and will now be the site of his memorial celebration.

Kay and the family are deeply grateful to HopeWest who made frequent home visits and provided superb care to Cliff for almost ten months. Special thanks to Danni and Kindall for their expertise, kindness, friendship and loving, respectful attention to every detail of his needs and those of the whole family. Thanks also to Diane and Jeff of our care team and the many others who also came from HopeWest. You made it possible for him to stay home throughout his illness and increasing needs. You are amazing and we will be ever grateful.  Deep thanks also go to Jessica, who Kay hired to help care for Cliff three days a week and who soon became a trusted caregiver and friend.

To send flowers to the family or plant a tree in memory of Clifford Clarence Britton, please visit our floral store.