Read more about the life story of Arthur and share your memory.

Arthur (Art or Pete with family) Peterson was born on October 16, 1934 in Centerville, S.D. where he resided and attended school through 1st grade before the family moved to California in May 1941.

On Saturday November 19, 2022 he was made an offer from the Lord he could not refuse.  He earned his Wings and joined the Lord in Heaven.  Survivors include his wife of 65 years, Carol, and his children; Curtis, Bryan (Carina), and Kris (Amy).  He is also survived by 4 grandchildren; Brandon, Gunnar, Cali, and Lena, a great-grandson Wyatt, and his sister Karen.  He is preceded in death by his grandson Travis, his brother Butch, and sister Lee.

Art graduated from Polytechnic High School in Los Angeles in 1952 and married Carol Siqueido on May 26, 1957.  They celebrated their 65th Anniversary with family and friends this past spring.  Together they had 3 children.

He served in the United States Army from July 1957 to July 1959 and discharged as a Personnel Sgt. After the military, he joined S.H. Kress Co. – a variety store chain with 400 stores in the fall of 1952.  He was a management trainee at a downtown Los Angeles store.  He was an assistant manager in San Fernando, Glendale and Pasadena, CA stores, and promoted to Manager in 1960 in Santa Ana, then Greeley, CO, Ogden, UT, and Pueblo, CO until 1969.

He then joined the management staff of Kampgrounds of America (KOA) as a merchandise manager.  He served subsequently as Vice President of company owned properties for KOA.  Then he became an Executive VP and President C.O.O. before being elected President and Chief Executive Officer of KOA Inc. in 1980.  He served as President and CEO of KOA for 20 year and retired in 2000.

Art was a member of Messiah Lutheran Church in Billings, MT from 1970 until retirement at which time he and Carol moved to Rancho Mirage, CA and joined Hope Lutheran.  He served as a member of Messiah’s Council numerous times for a total of 9 years. He served as president several times including the period when the current church was being constructed. Also served on church councils at Elim Lutheran Church in Ogden, UT, Tabor Lutheran in Pueblo, CO, Highview Church, Farmington, MN.

He was also an active member of the Billings, MT community, serving on the Boards of such organizations as, St Vincent’s Hospital, The United Way, The Yellowstone Art Museum, The Alberta Bair Theater, Forward Billings, and First Bank.

Nationally, he was a Director of the Mountain States Legal Foundation, the Recreational Vehicle Foundation, The United States Travel and Tourism Commission, and The American Recreation Coalition, which he twice chaired.  He also served as a member of the Eastern Montana College Foundation Board, on the Board of Trustees at Rocky Mountain College, and as a member of the Board of Regents at Pacific Lutheran University in Tacoma, WA.

To the corporate world, he was of course, a Director of KOA Inc. as well as a member of the Boards for Sir Speedy Inc., Canyon Capitol Inc., and Mid-Pacific Airlines Inc.

While taking great satisfaction in his work, his wife Carol and his family were his life’s focus.  He once said, “The world is full of jobs, but I will have only one family.”

To send flowers to the family or plant a tree in memory of Arthur Maurice Peterson, please visit our floral store. 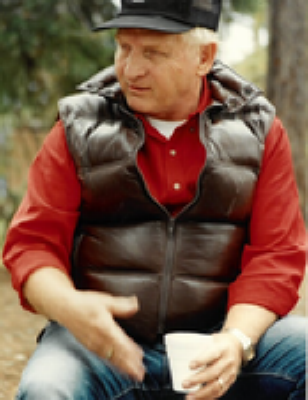 You can still show your support by sending flowers directly to the family, or by planting a memorial tree in the memory of Arthur Maurice Peterson
SHARE OBITUARY
© 2022 Brown's Cremation & Funeral Service. All Rights Reserved. Funeral Home website by CFS & TA | Terms of Use | Privacy Policy | Accessibility