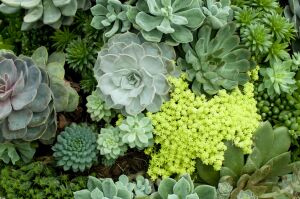 Agnes was born in Pagosa Springs, Colorado on February 11th, 1944, to Celestino and Mary Maez. She moved to Durango at the age of 1. She attended public school there and graduated from Durango Senior High School in 1962, and immediately following graduation started working in Pediatrics at Mercy Medical Center until she became a mother to her one and only son Richard. She became a mother to Richard with the love of her life Donald Beltran who she married on October 29th, 1966, at Sacred Heart Catholic Church. Shortly after she became a daycare provider for social services. She loved taking care of children and was such a kindhearted woman who was loved by many. Agnes retired in 1997, and in 2005 her and her husband moved to Grand Junction to be closer to their son and grandchildren. She lost her husband in 2007 and remained in Grand Junction where she lived with her son and family for 14 years. She loved cooking, crossword puzzles, playing solitaire, and drawing pictures. She took such good care of her family until her long health battles just wouldn’t let her anymore. She will be forever missed by everyone she touched in life.

She is preceded in death by husband Donald Beltran, father Celestino Maez, mother Chencha Maez, and one brother Henry Maez.

Services will be held at Sacred Heart Catholic Church in Durango, Co on May 21st, 2022, at 10:00 AM burial of cremains will immediately follow mass at Greenmount Cemetery.

To send flowers to the family or plant a tree in memory of Agnes Marie Beltran, please visit our floral store.

You can still show your support by sending flowers directly to the family, or by planting a memorial tree in the memory of Agnes Marie Beltran
Share a memory
© 2022 Brown's Cremation & Funeral Service. All Rights Reserved. Funeral Home website by CFS & TA | Terms of Use | Privacy Policy | Accessibility