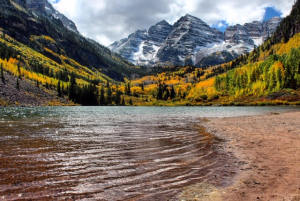 Ricky was born on August 8, 1962 to Bill and Adina McCollough in Las Angeles, CA, the third of five children.

Ricky's early years were spent in Asuza, CA before moving to Delta, Colorado at Age 10.  Ricky's passions included his strong Christian faith, softball, horseshoes, Karaoke and his love of making the children happy by his extreme Christmas decorations, all things outdoors, and his love for all things Elvis.  But mostly his love for family and friends.

Ricky worked for the City of Delta for 19 years.  He was loved by all and will be infinitely missed.

To send flowers to the family or plant a tree in memory of Ricky N. McCollough, please visit our floral store.

You can still show your support by sending flowers directly to the family, or by planting a memorial tree in the memory of Ricky N. McCollough