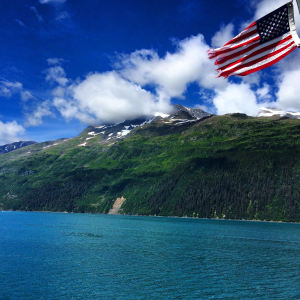 Dale Brice Trubey passed away at 4:41 p.m. February 7, 2019 at St. Mary’s Hospital in Grand Junction, Colorado.  He was 90.  Dale was born on December 13, 1928 in Cheyenne, Wyoming, the son of Sylvester Bryce Trubey and Lala Pearl Kunkel Trubey.  He graduated from Cheyenne High School in 1946 and shortly thereafter joined the Army.  Dale was assigned to Troop B, 5th Cavalry Regiment, 1st Cavalry Division, where he obtained the rank of Private First Class, Specialty, First Scout.  He served in the Army of Occupation of Japan from September 5 , 1946 to December 13, 1947.

After his honorable discharge December 13, 1947, he attended the University of Wyoming in Laramie, Wyoming, graduating with a Bachelor of Science degree in Business in 1952.  During the college years he worked for the Union Pacific Railroad as a surveyor’s helper and for the Wyoming State Highway Department.  He married Elizabeth (Betty) Sheldon December 21, 1951 in Riverton, Wyoming.  They later divorced in 1957.

Dale started his career working from 1953 to 1957 as an abstractor for Fremont County Title Company in Riverton.  Later he moved to Lander, Wyoming where he was a manager of the title company.  In 1957, he became a landman with Kerr-McGee Corporation, based in Casper, Wyoming.  In 1961, he moved to Oklahoma City and was first promoted to senior minerals landman and promoted again to manager of the mineral lands department.  He met his second wife, Gwen Lee Campbell, in Oklahoma City.  They were married May 6, 1961 in El Reno, Oklahoma.  They were married 57 years until her death December 5, 2018.

Dale worked for Kerr-McGee Corporation until 1978 when he became the Director of Land for the Santa Fe Pacific Gold Corporation based in Albuquerque, New Mexico.  After retirement from the company in 1994, he continued to do contract work for the company for the next two years.  He and his wife Gwen retired to Cedaredge, Colorado in 1996.

Dale had a life-long passion for fishing, going to favorite streams in the Snowy Range of Wyoming with his dad as a youngster and still fishing with his great-grandson Sawyer in August 2018 at Ward Lake on the Grand Mesa, Colorado.  He also enjoyed golfing with his buddies, photography, and gardening.  He grew some mighty fine tomatoes over the years.  In recent years, he enjoyed going to activities of a local Cedaredge veteran’s group that met once a month at Pondy’s.  He was very proud of his time in the military.  He was also a long-time member of the American Association of Petroleum Landmen.

His favorite place in recent years was the backyard deck of his home where he could listen to the murmur of the stream, watch the hummingbirds and crows, observe the efforts of golfers, and enjoy the beautiful vista of the Grand Mesa while drinking his coffee.

He was steadfast in his devotion to his wife Gwen through her final illness; and he regularly enjoyed the company of his children, grandchildren, and great-grandchildren.  He was always willing to share tall tales of the fish that didn’t get away and the almost-hole-in-one; tease his sons-in-law, and drink coffee with his buddies at the Merc.

He is survived by his daughter Terry and her husband Tim Rubald; daughter Susie and her husband Jeff Cupp; grandchildren Larry Rubald, Katie Cupp Brady, Barak Cupp, and Brody Cupp; and great-grandchildren Sawyer, Solomon, and Remy Brady.  He is also survived by his stepdaughter Debbie and her husband Walter Tidmore and  stepson Mark Snodgrass and his wife Diane, as well as grandchildren and their spouses, Kyle and Candice Tidmore, Tenisa and Michael Maddox, Eric and Christine Tidmore, Jesica Quitian, Michael Snodgrass and his wife April and Matt Snodgrass; and great-grandchildren Dillon, Dalton, Laney, and Hope Tidmore; Vonne, A.J., and McCrae Maddox, Hunter, Justice, Lincoln, Race, Brave, and Canyon Tidmore; Ashlee Quitian, and Allison and Daisy Snodgrass.  He was surrounded by his loved ones at the end.

In lieu of flowers, a memorial may be sent in Dale’s honor to Delta County Quilts of Valor, 25611 Starner Loop Road, Cedaredge, Colorado  81413.  A memorial service for Dale will be held at Grand Mesa Southern Baptist Church, 110 SE Jay Avenue, Cedaredge, Colorado on Saturday, February 16, 2019 at 1 p.m.

To send flowers to the family or plant a tree in memory of Dale B. Trubey, please visit our floral store.